We left the hotel around 4 pm on Sunday for our “dune desert safari.” I honestly don’t know why the travel company referred to it as a safari, but I’ll just roll with it. It was about a 40 minute drive out to the desert in Sharjah, the third largest Emirate in the UAE behind Dubai and Abu Dhabi. For some reason, we were picked up late in an SUV with two couples from another hotel instead of with the travelers from our hotel that had been on our other group activities. We would later find out that there were many SUVs all bound for the same campsite in the desert, and we ended up seeing the other travelers from our group there. Neither of the couples in our SUV seemed to speak much English, so it was a rather quiet car ride. One couple was from Korea. The other couple was from Argentina. The Argentinian couple claimed to speak French, but when Laura tried to engage them in conversation, they didn’t respond. I think they just didn’t want to talk to anyone else!

Once we got onto the sand in the desert, the driver deflated the tires while we took some photos. It was quite windy and starting to get chilly. I was glad I brought my jacket along. One of the other travelers had mocked me back at the hotel for “bringing a jacket to the desert,” but I had the last laugh on that one! Laura did a log roll down a sand dune, and I think she is still cleaning the sand out of her pockets! Then we all got back into the SUV, and somehow I ended up in the front seat. There were many other tourists out at the same time as us. I would say at least 20 other cars worth. We did some dune bashing for about 30 minutes, which was a lot of fun. Then we were driven to a campsite back in the desert of Dubai.

The first thing we did was ride the camels. It was sort of like a pony ride, but with camels, so I didn’t have to put my runaway camel knowledge from The Worst Case Survival Handbook to test! Next we looked at the souvenir shop and got henna tattoos. After that, we ate dinner and watched performances by a whirling dervish and a belly dancer. The driver had explained to us that the campsite has to be in Dubai rather than in Sharjah because Sharjah has stricter laws and doesn’t allow alcohol or belly dancing. After dinner wrapped up, we were driven back to the hotel. 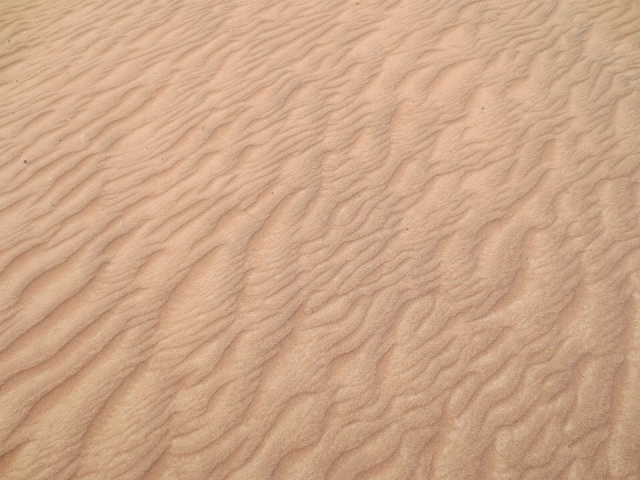 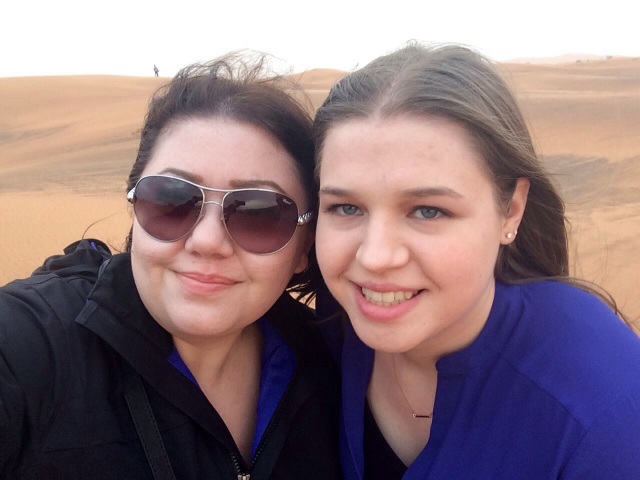 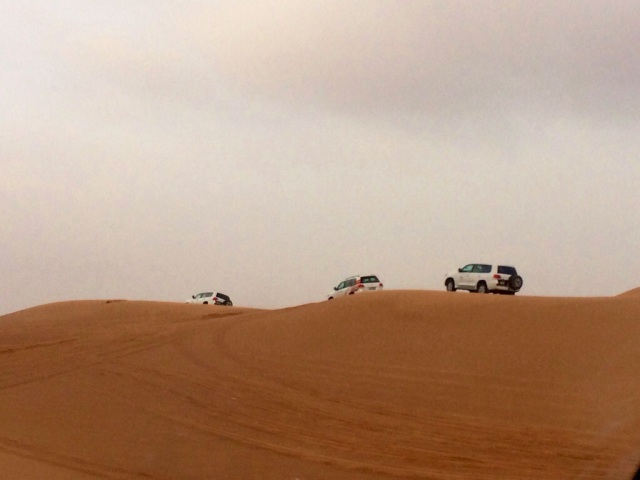 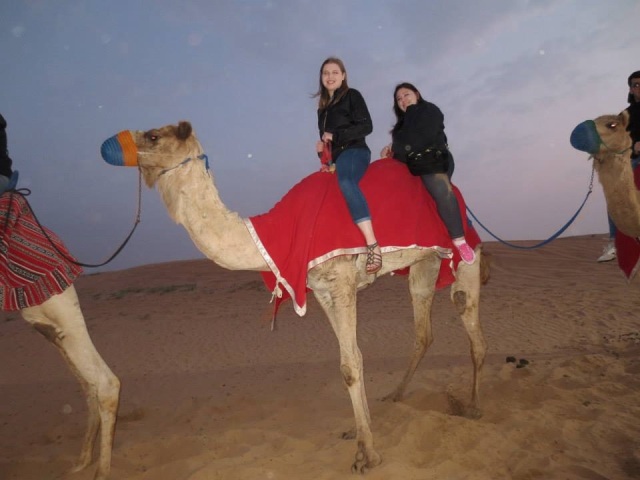 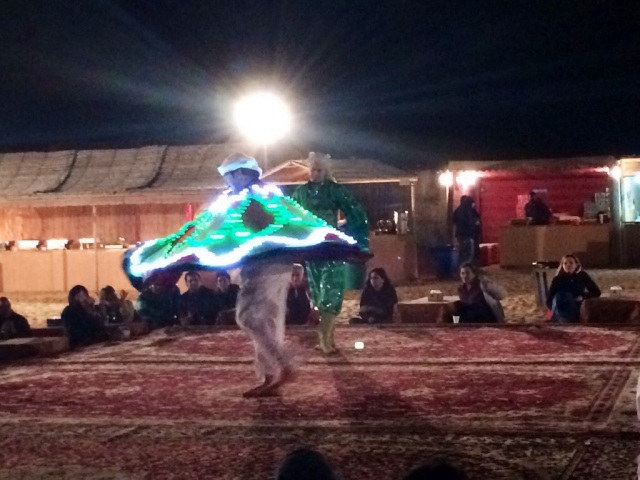 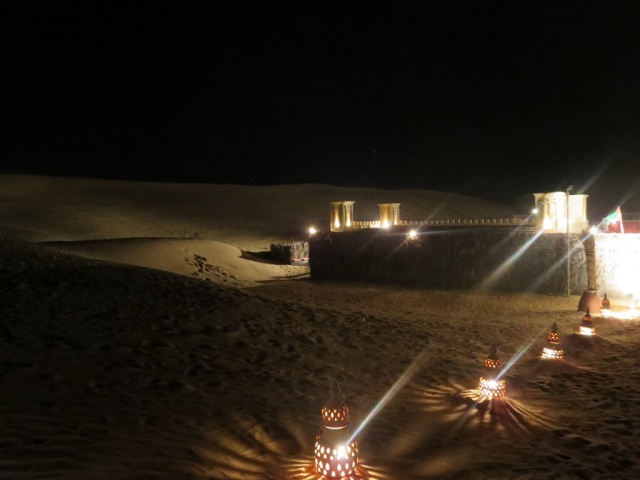 One thought on “Dune Desert Safari”