On Sunday morning, January 19th, we went to Jumeirah Mosque, which is the only mosque in Dubai that allows non-Muslims to enter through a program called Open Doors, Open Minds with the Sheikh Mohammed Centre for Cultural Understanding (SMCCU). We had read online beforehand to dress modestly, meaning to wear clothing that covers our knees and shoulders. We had also brought our own hijabs, which we used to cover ourselves before the start of the tour. Those who were not wearing appropriate clothing were given clothing and/or scarves to wear.

The session leader’s name was Latifa. She is a volunteer with the SMCCU and, judging from her accent, I would guess an ex-pat from England. First she took us to an outdoor washing area where she told us how Muslims perform the ablution, a cleansing ritual to prepare oneself for worship. Next we took our shoes off and went inside. Latifa explained the 5 pillars of Islam to us. One of the most interesting parts was when she asked another volunteer to show us an example of a daily prayer. Latifa explained the different parts of the prayer and some of the common movements that go with it. At the end, there was some time for questions, and all questions were encouraged and tolerated, no matter how blunt. Another interesting section was during the Q&A regarding the different types of dress Muslims wear. Latifa explained the different types and what is cultural versus what is religious.

After the end of the session, we took some more photos and then had lunch at a nearby cafe called Lime Tree that is known for its carrot cake. We were reminded how small of a world it is when we saw a guy wearing a number 12 Seahawks jersey at the cafe, presumably gearing up for the conference championship against the 49ers later that day. Go Seahawks! After lunch, we walked around Jumeirah Beach for a bit and then got a taxi back to the hotel to prepare for our “Dune Desert Safari.” 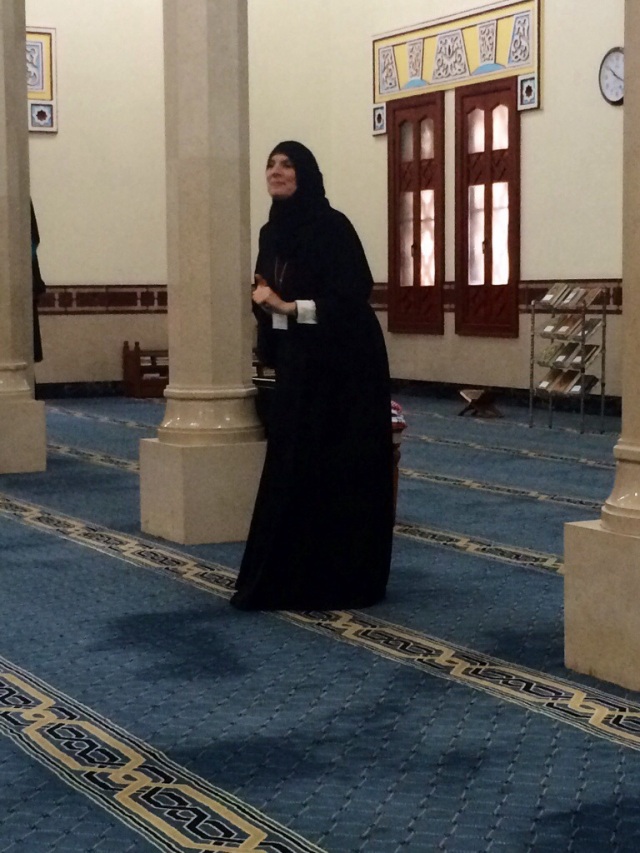 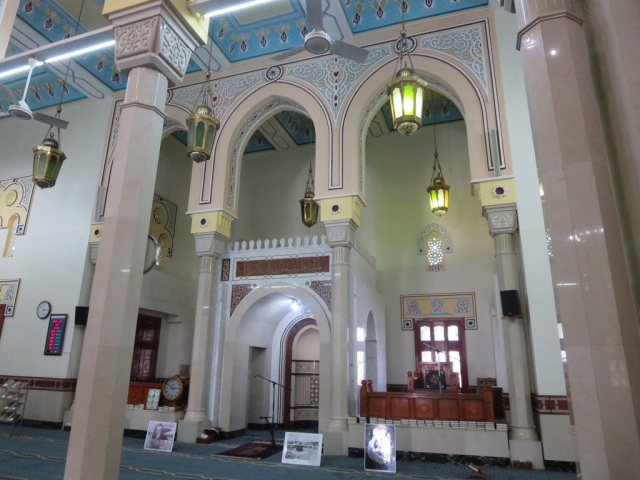 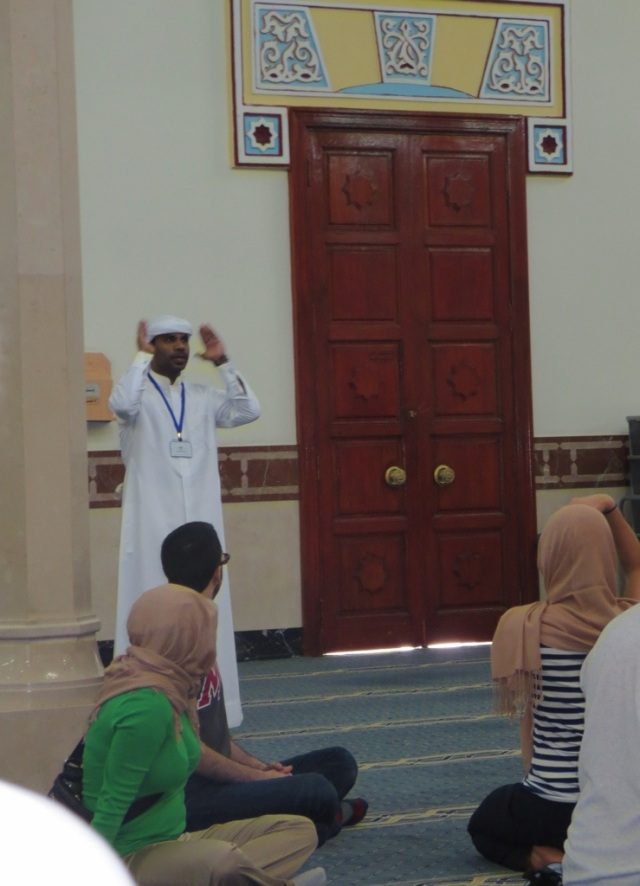 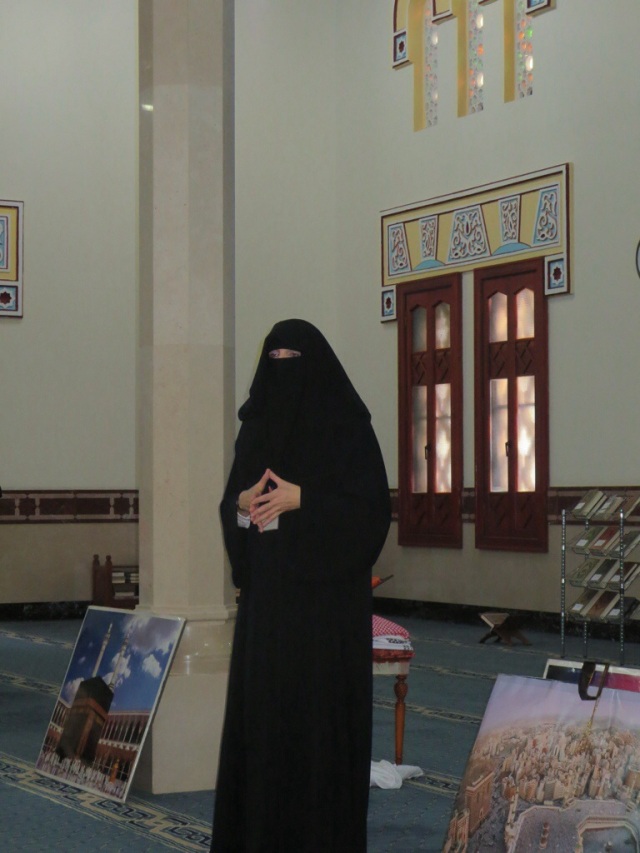 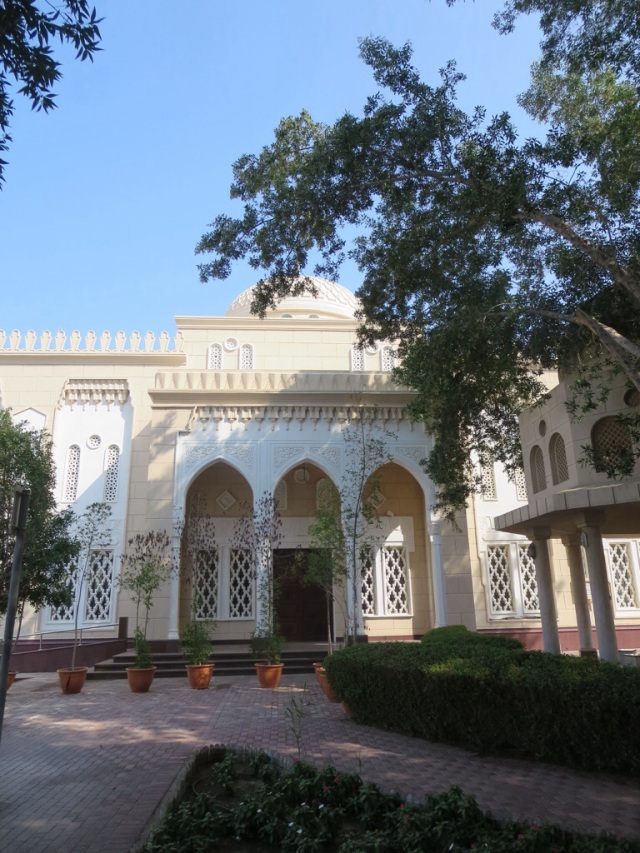 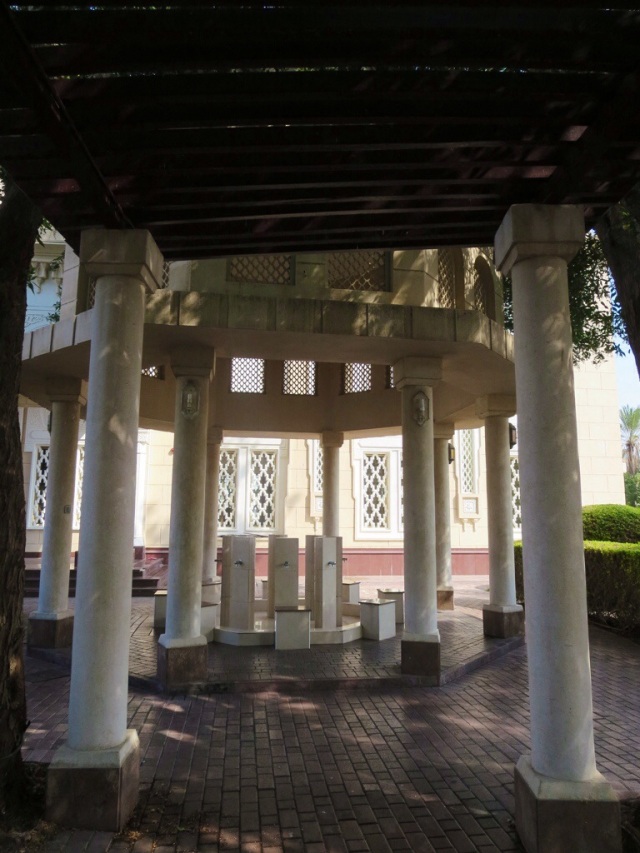 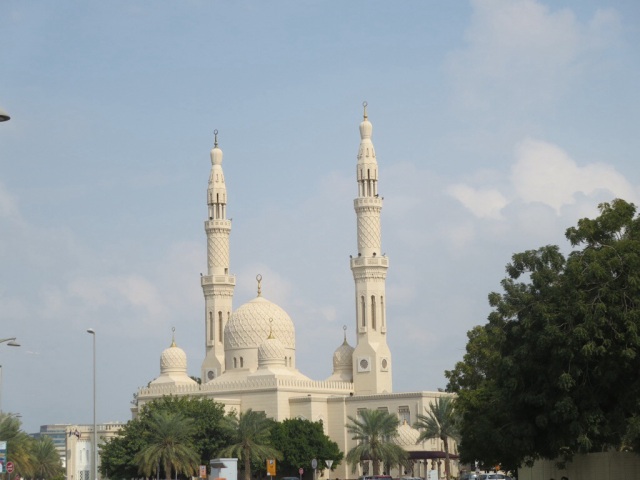 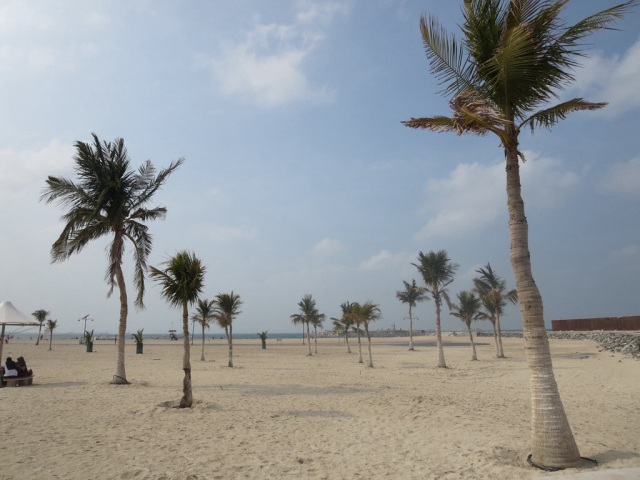 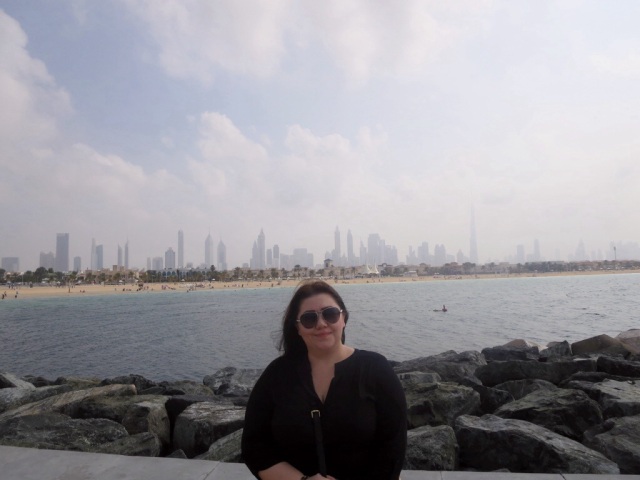