The morning of July 7th, I was in the midst of getting dressed when there was a knock at the door. It was three of the members of my tour group, all Australians. Apparently, they had gotten my room number from reception and wanted to introduce themselves. They invited me to join them for breakfast. During breakfast, one of them suggested that we walk into town and look around since we had a few hours until we were due to depart from the hotel. I had originally planned on just having a leisurely morning at the hotel, but I figured I should go with them just so I could see what Arusha is like since I had arrived at night and spent most of yesterday catching up on sleep.

It was a short walk to the center of town where we were immediately approached by several young men trying to sell us various items. I had expected this to happen based on things I had read beforehand. We kept telling them we weren’t going to buy anything, and eventually all but two of them left us. The two that remained showed us around town. Even though we knew they were expecting us to give them money, they were extremely friendly and no one else bothered us because they were with us. On one hand, it is kind of annoying to not be able to explore the town on your own without being accosted for money, but it is also understandable since many of these people live in abject poverty and don’t have any employment opportunities.

The two locals asked us what our names were. After I told them that my name is Jennifer, one of them kept saying, “Jennifer Lopez, hakuna matata!” We took some pictures by the Clock Tower, which they told us marks the halfway point between Cairo and Cape Town, marking the middle of the old British Empire in Africa. After that, we went to the Natural History Museum which is housed inside an old German building from the 1900s. Once we were finished looking in the museum, we had to go back to the hotel to pack our bags and meet our tour guide. Before leaving the two locals, I bought a painting from one of them. The young man I bought it from used to be a porter on Mt Kilimanjaro but is no longer able to physically do that, and is now an aspiring artist. I had read in my guidebooks beforehand that you are expected to bargain on the price when buying something here. I really don’t enjoy the process of bargaining (especially with someone who is living in poverty), but I was able to bargain the price down from $50 to $25.

All in all, the town was exactly what I had pictured: legions of daladalas (old vans used as a form of local transportation) crammed with people zipping around, well-worn buildings, ladies walking along the streets while balancing enormous baskets or trays of bananas on their heads as if they were natural extensions of their bodies, and a lot of locals milling around with seemingly no where to go.

We walked back to the hotel where, after packing and checking out, we met our guide named Walter, driver named Isaya, and remaining two traveling companions (both Australian). They had all just driven down from Nairobi together, where the other two travelers had just finished a Kenyan safari. We had a group meeting outside near the hotel pool before leaving for lunch in town. Funnily enough, we ran into the guy I bought the painting from after our lunch stop. We had a brief chat with him and then departed for our first game drive in Lake Manyara! 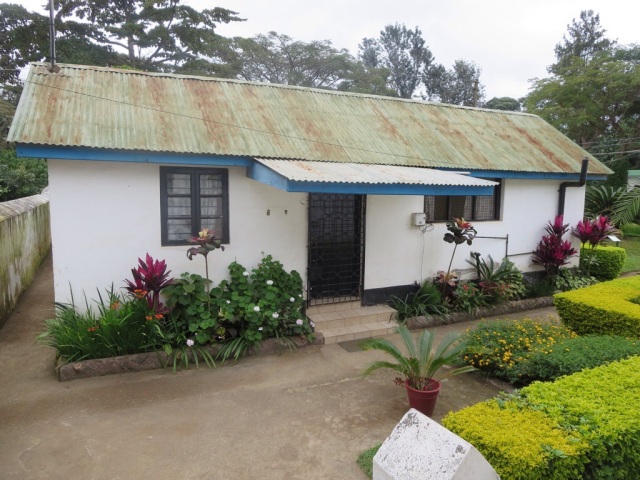