On Thursday morning, we stopped at Cobh, a town in Cork Harbor. It was known as Cove until 1849. In 1849, the town changed its name to Queenstown to commemorate Queen Victoria’s first visit to Ireland which began in their town. In 1922, the town changed its name to Cobh, which is pronounced the same as its original moniker but is more consistent with the Irish spelling of the word.

Cobh is well known for being Titanic’s last port of call before it started its fateful voyage across the Atlantic. It is also known as the point of embarkation for many Irish emigrants from the 19th century who settled in the US, Canada, and Australia. Outside of the Cobh Heritage Center, there is a statue of Annie Moore, the first ever emigrant to be processed in Ellis Island when it officially opened on January 1st, 1892. Annie and her two brothers sailed from Queenstown on the SS Nevada on December 20th, 1891 and arrived in Ellis Island after 12 days of traveling in steerage.

One of the interesting items on display in the Heritage Center is a message in a bottle that was found in Cork Harbor from a local man who died in the Titanic disaster. It was found about a year after the disaster and was recognized by the man’s family due to his handwriting as well as it being the same holy-water bottle given to him by his mother. The note says, “From Titanic. Good Bye All. Burke of Glamire, Cork.” 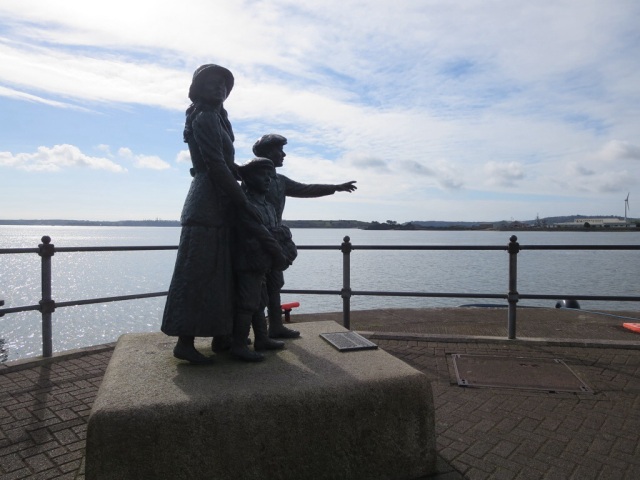