We took a shuttle bus from Galway to catch a ferry to the Aran Islands, specifically to the island of Inishmore. It was about an hour ride to the ferry and then other 45 minutes for the ferry crossing. I was worried about the weather because we were going to spend the majority of the day here outdoors, and there had been on-and-off showers for the past few days. We got lucky though, as there was not a single drop of rain. It was still cold and windy, but that was to be expected. Some of our group rented bicycles to get around, but I joined some other people in having a driver take us around the island in a van. He was a local and would tell us about various points of interest as he drove. Inishmore is the largest of the three Aran Islands, but has a population of only 760 people. It is a charmingly rustic place. Some of the houses even have thatched roofs and matching Leprechaun houses!

Our driver dropped us off at the base of Dun Aenghus, a prehistoric Celtic ring fort, which is about 2,000 years old. It is located high on a cliff overlooking the Atlantic Ocean. This is the main attraction on the island and where we spent the majority of our time. It takes about 20 minutes to hike to the top, where the view is absolutely stunning. The crazy thing is that there aren’t any safety fences by the cliff, especially since there can be extremely strong gusts of wind! We very carefully took some photos near the cliff. I slid up to the edge of the cliff on my stomach so I could see what a 200 foot drop looks like.

We walked back down from Dun Aenghus and found our driver whose was having lunch with the island’s three policemen. He drove us around a bit more, then dropped us off near the ferry terminal. I had a late lunch with another one of the travelers and then looked in some of the shops before getting on the one and only departing ferry at 5 PM. I was worried about missing the ferry, as that would mean being stranded on the island overnight and missing our group’s departure from Galway the next morning. My worries were unnecessary, as we made it to the ferry with plenty of time to spare. 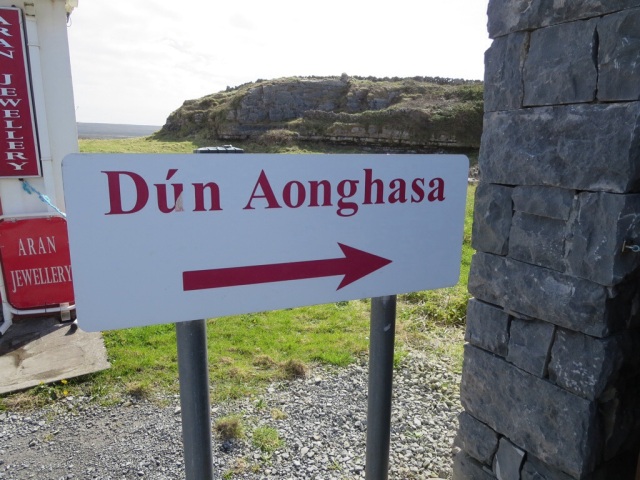 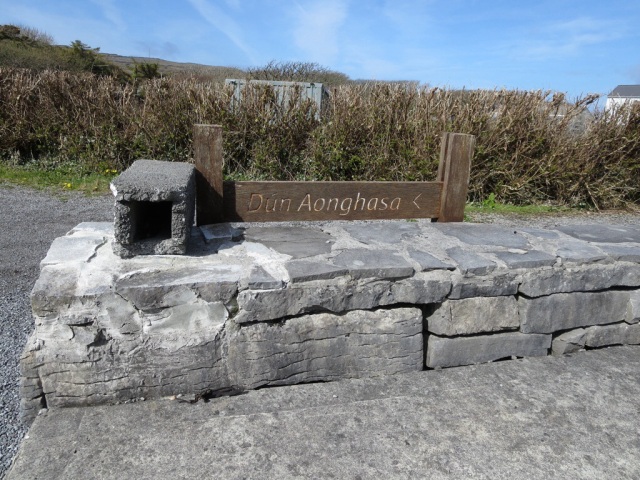 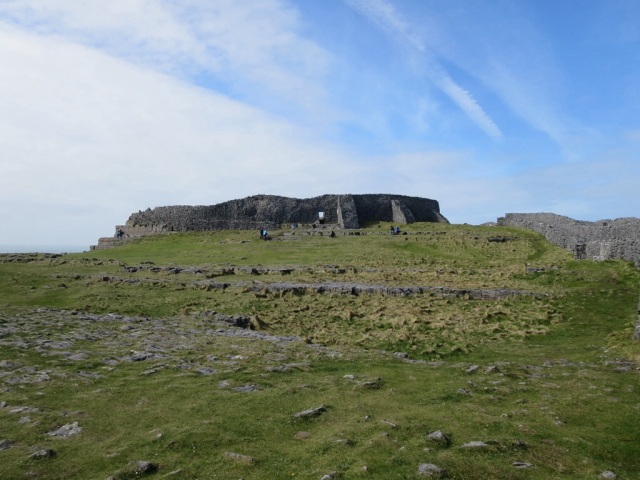 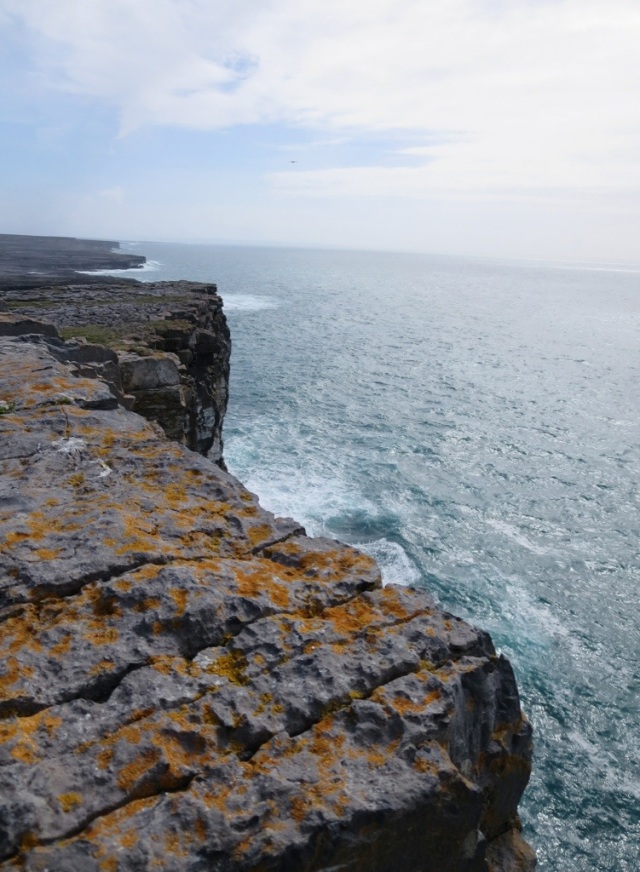 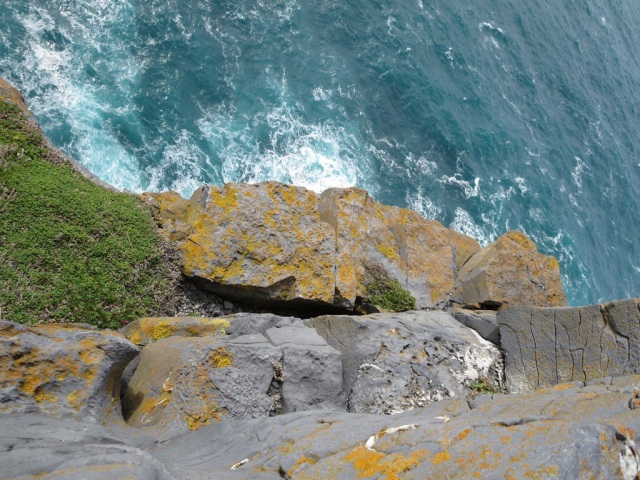 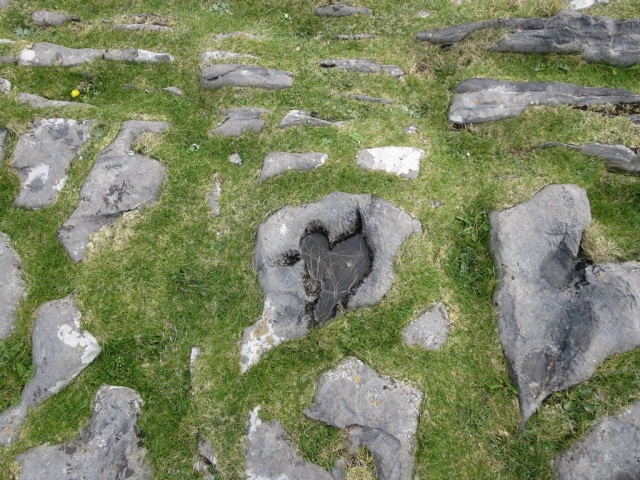 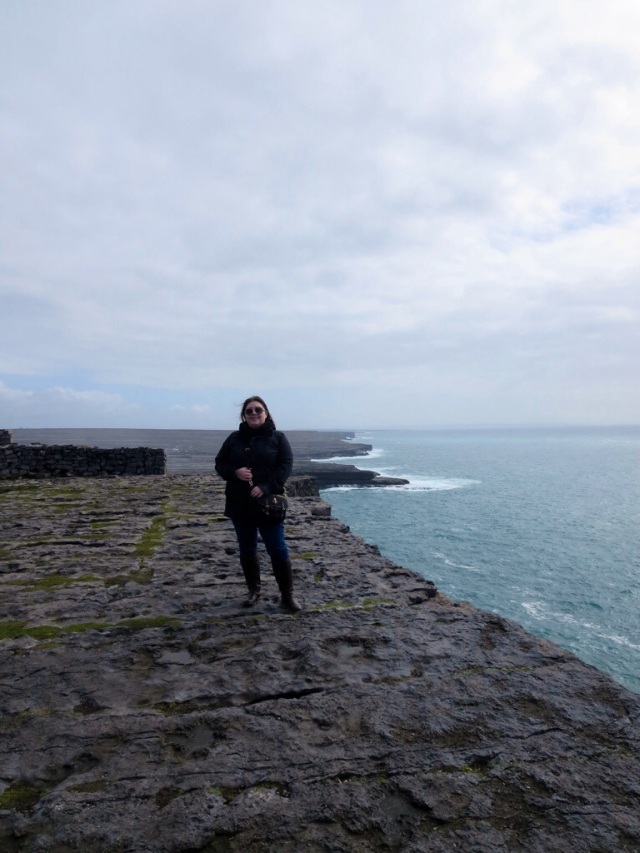 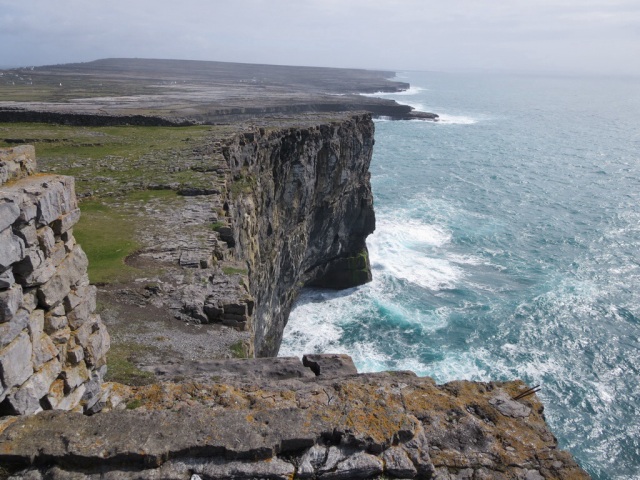 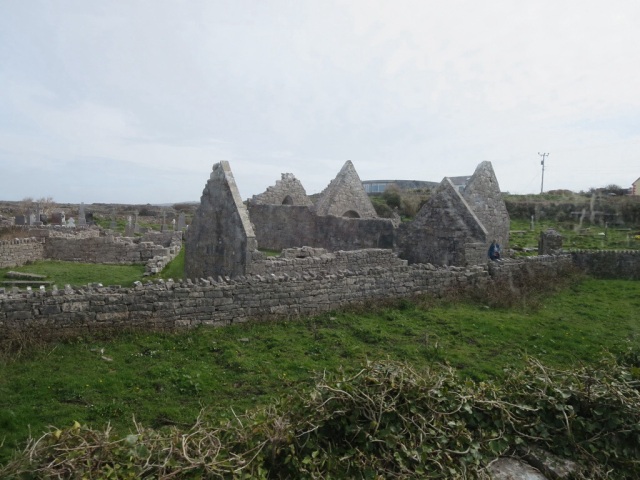 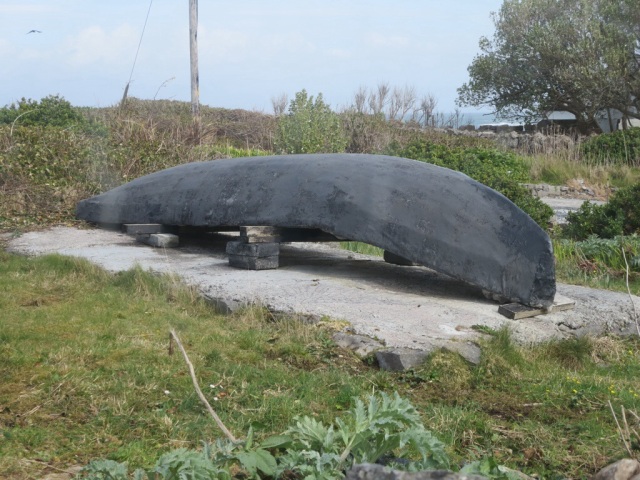 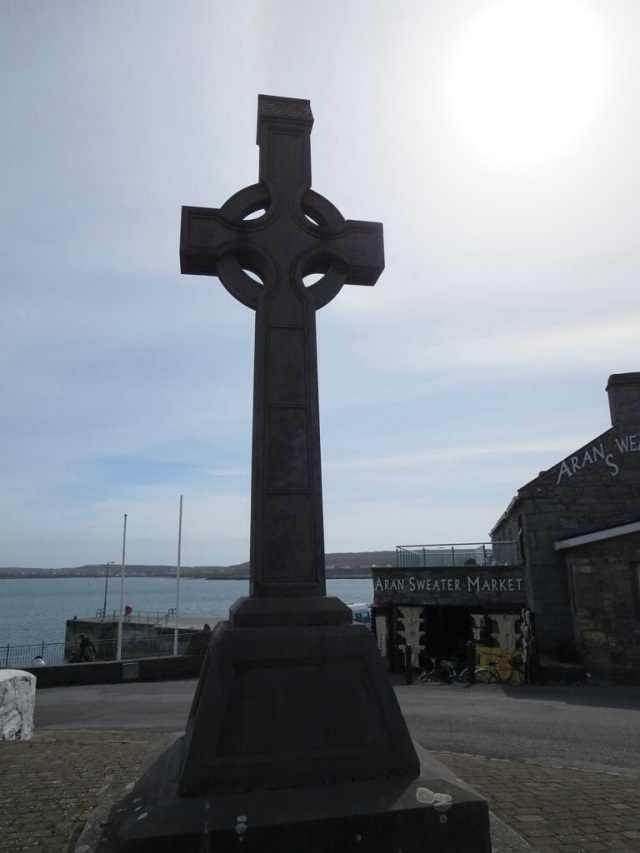 2 thoughts on “Day in Inishmore”