We got an early start on Sunday morning for our drive up to Northern Ireland. We were dropped off for a coffee break near Hotel Europa in Belfast, which has the distinction of being the most bombed hotel in the world. This is where much of the media would stay when they were covering news about the Troubles, so it was a big target for the IRA to attack in order to gain more attention for their cause. We then got back on the bus for a tour of the city with a local guide.

The city tour started in West Belfast which is a sectarian, working-class area that is famous for its political murals. Our guide pointed out Divis Tower and told us about how that was a flashpoint of conflict during the Troubles. IRA members would hijack buses that they would use to block off the street near Divis Tower. They would set the buses on fire, which would draw in the British Army. The IRA would then attack the British Army troops from Divis Tower. This became such a frequent occurrence that the British Army eventually took over the top two floors of Divis Tower. Apparently the apartments in the top two floors were recently given back to the original tenants, and it is now considered a desirable place to live due to its views overlooking the city and Irish Sea.

We continued down the street and saw some of the political murals. This section contained political murals regarding issues around the world. It was interesting to see the Northern Irish adopting causes of other countries around the world. We drove down Catholic Falls Road and then onto the Protest Shankill Road. There is a prominent physical division between the two neighborhoods – the Peace Wall. I was expecting to see the Peace Wall, as I had read about it in a guidebook, but what I wasn’t expecting was to see a no-man’s land with prominent signs of urban decay separating the two neighborhoods in the area near the Peace Wall. Add this to the fact that it was a Sunday when all of the shops and restaurants were closed and everyone was in church, and there was somewhat of an eerie vibe. It was quite noticeable that, despite the peace, differences remain on both sides of the wall. One side flies the Union Jack, while the other side flies the flag of the Republic of Ireland. The murals on one side feature Unionist themes, while the murals on the other side put the spotlight on IRA heroes like hunger striker Bobby Sands. We had the opportunity to sign the Peace Wall. Our guide told us that a section of the Peace Wall has been there longer than the Berlin Wall was in place. Hopefully this wall will come down as well one day.

Our tour continued on through Central Belfast and then over to the Titanic Quarter. We saw the outside of the building for Titanic Studios which is apparently where the indoor scenes from Game of Thrones are filmed. Finally, we were dropped off at one of the sights I had been looking forward to most – Titanic Belfast! 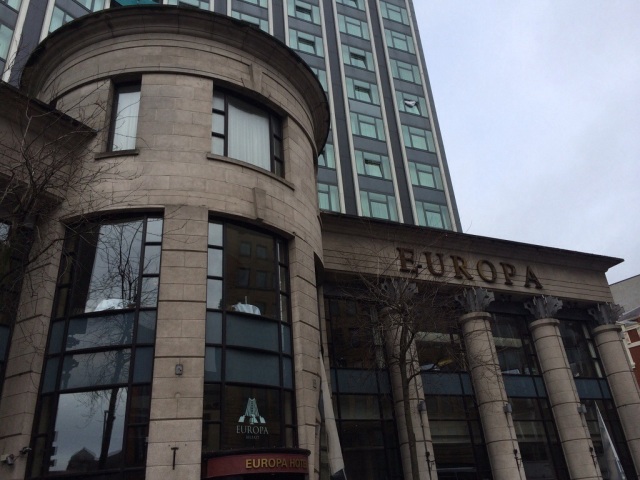 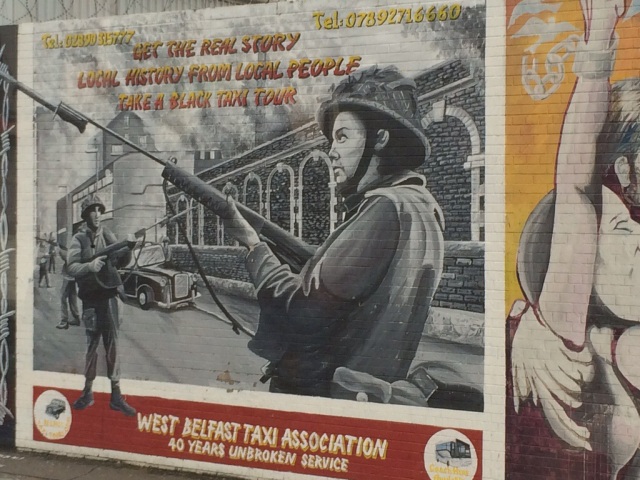 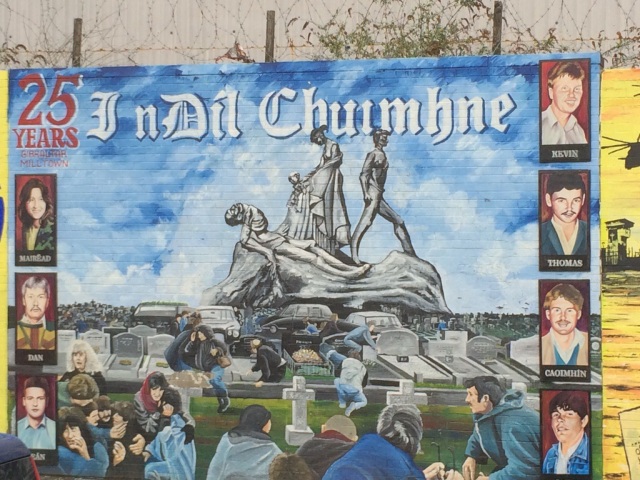 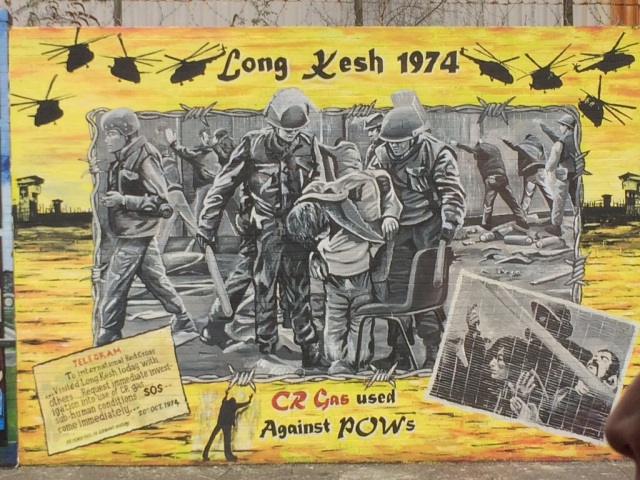 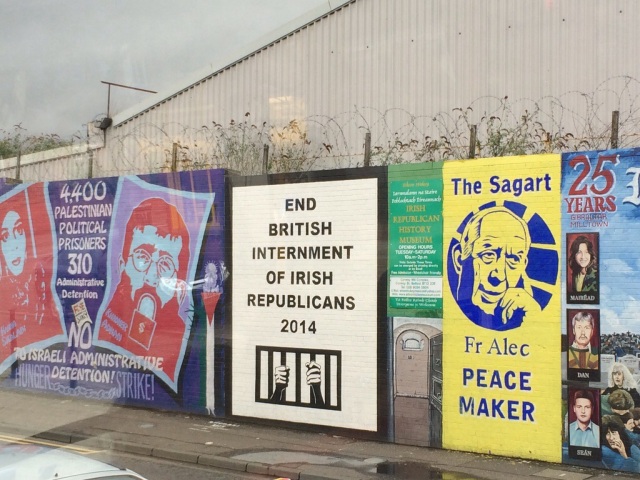 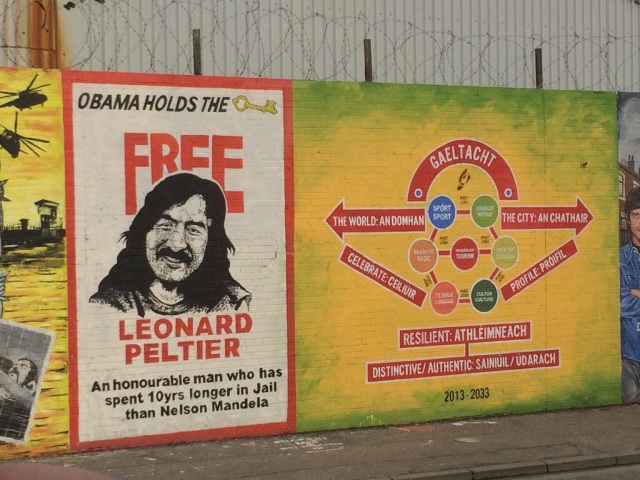 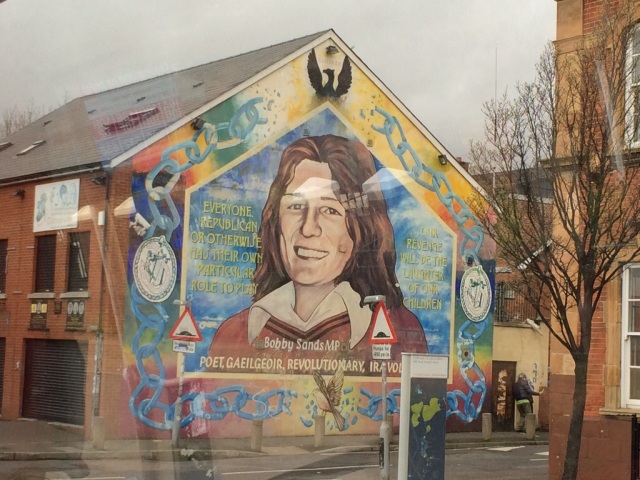 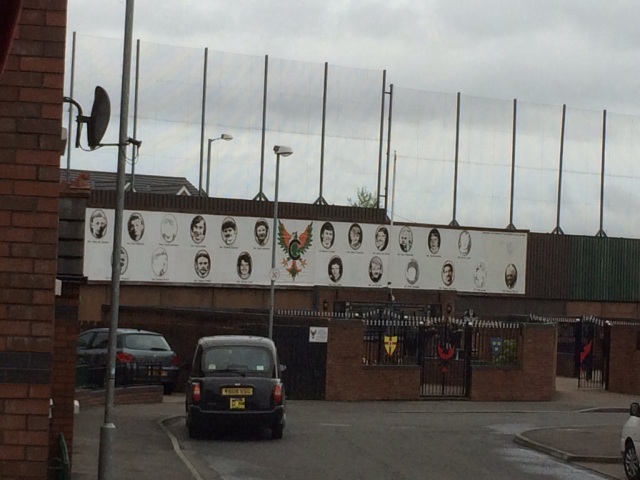 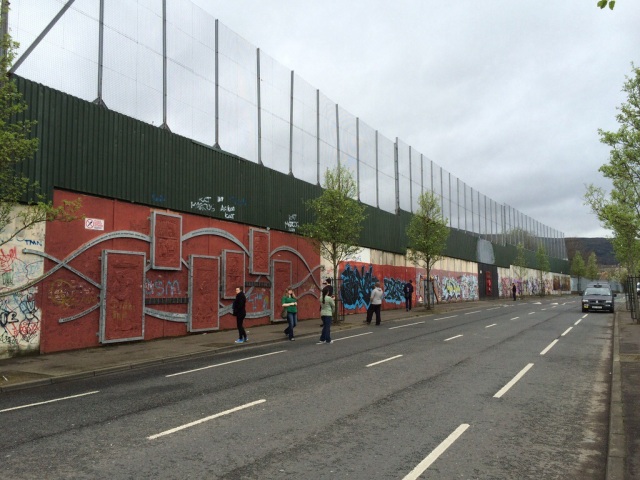 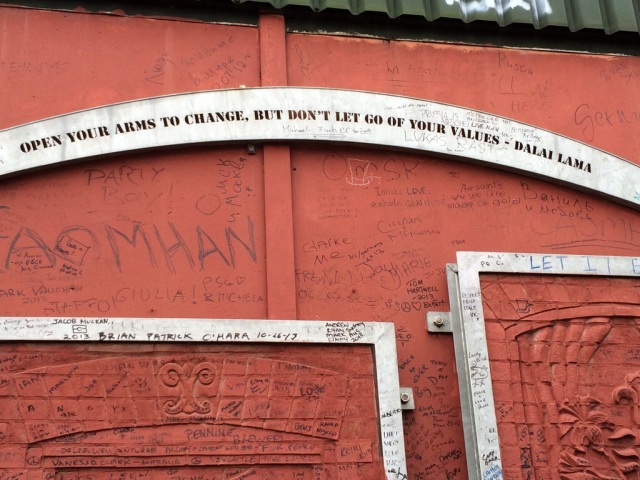 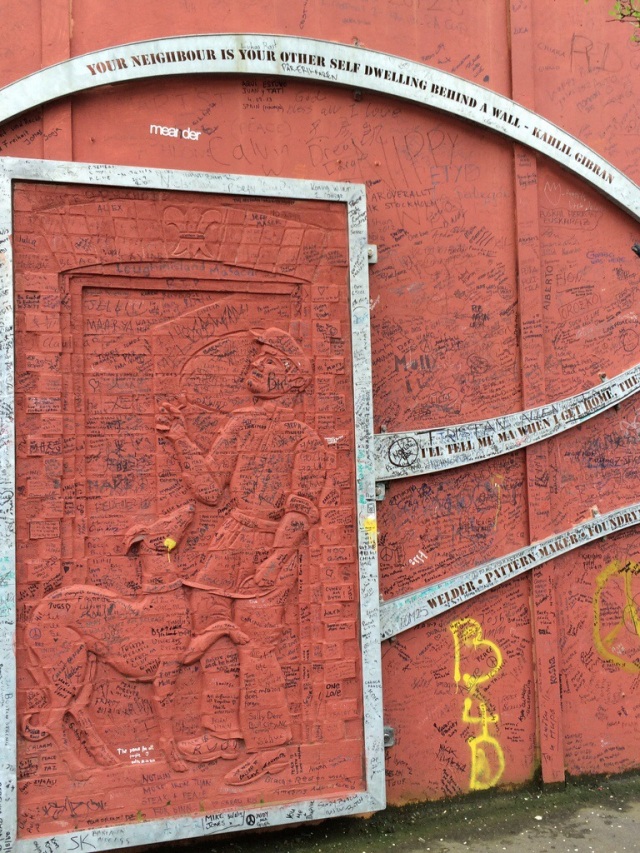 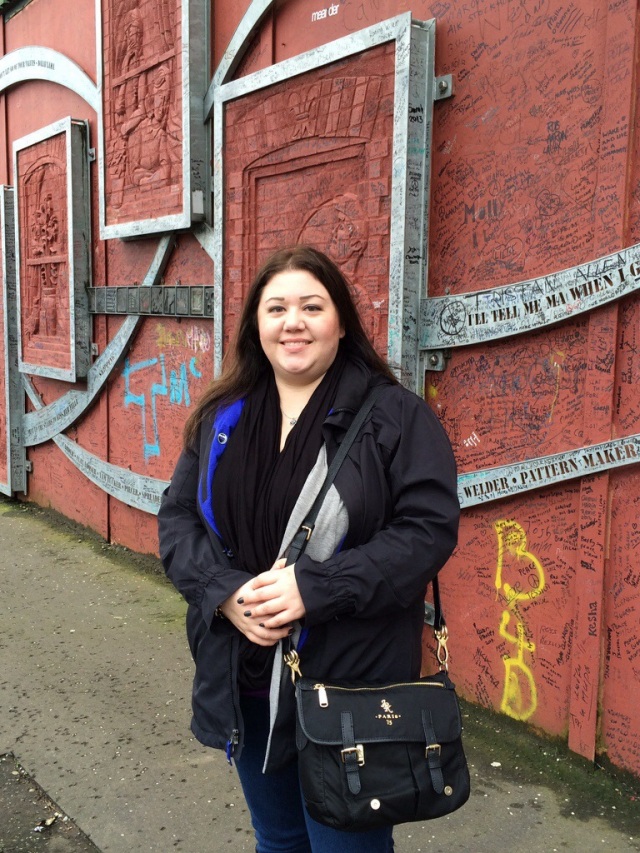 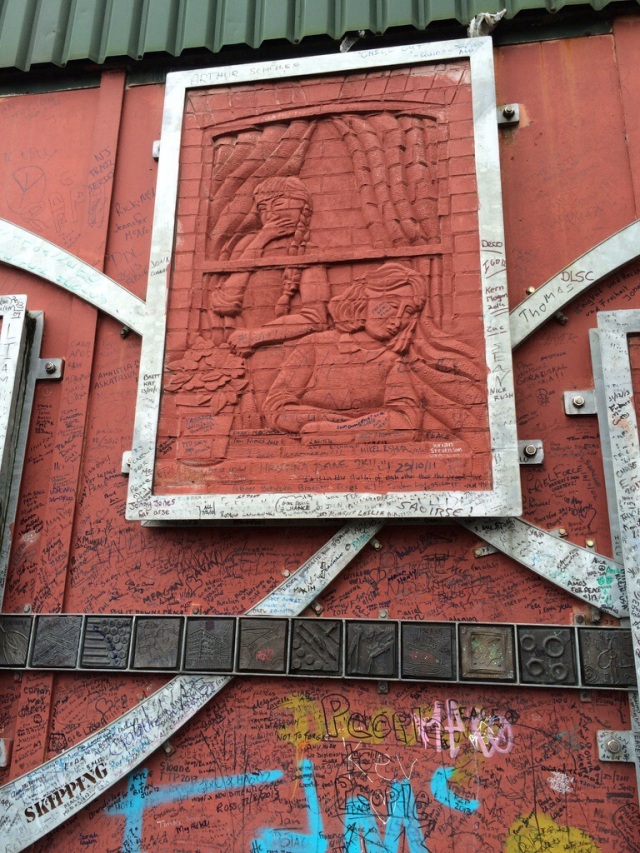 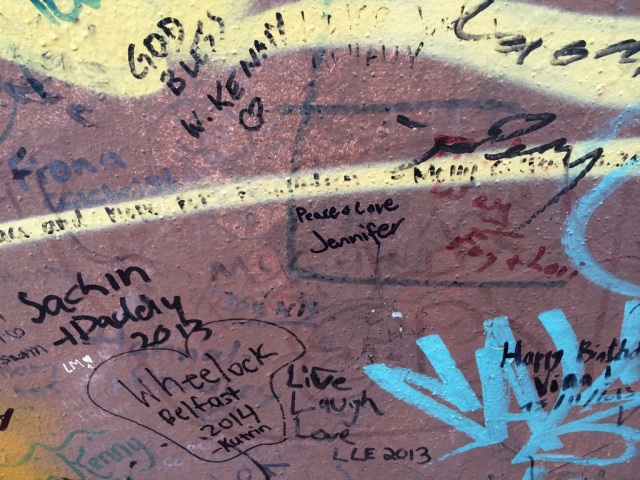 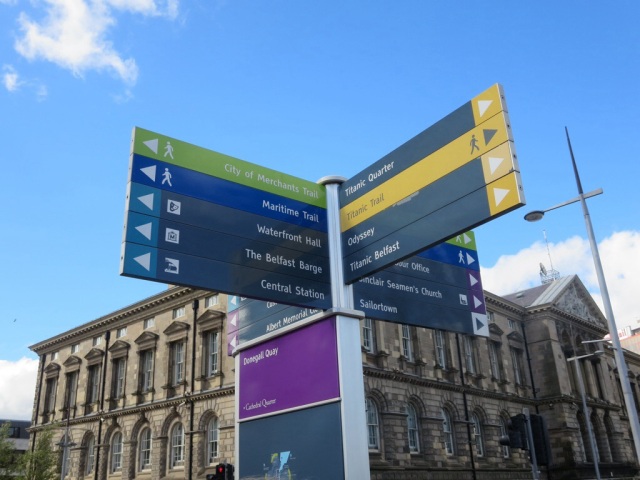 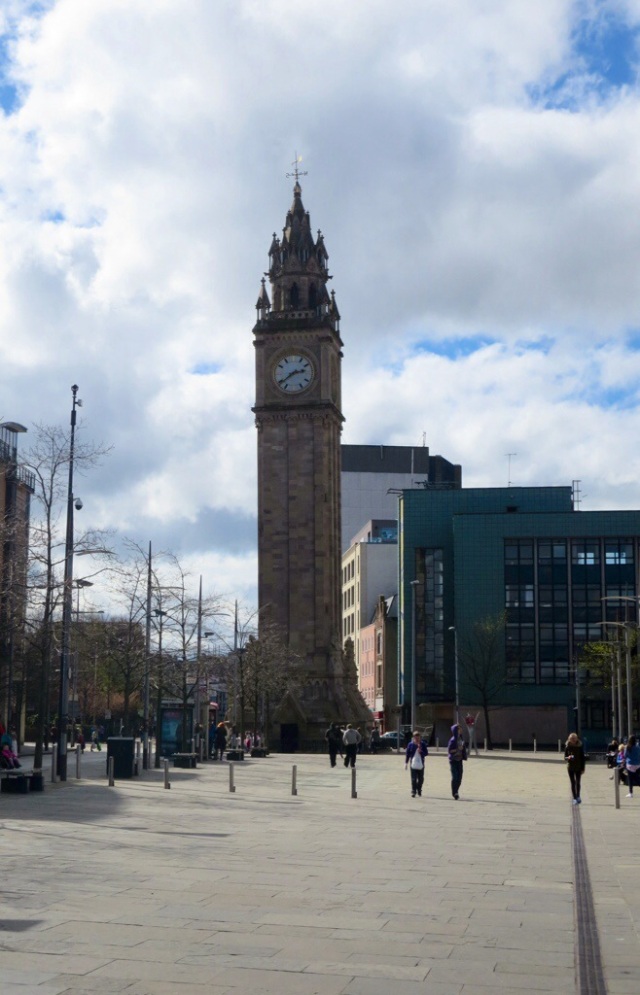 2 thoughts on “Blazing Through Belfast”