Sadly, Sunday was my last day in the UK. There is supposed to be a huge storm passing through the lower half of Britain this evening. The weather forecasters are predicting hurricane force winds and saying it could be the worst storm in London in 26 years. If they are correct, I will feel very lucky, as I will have missed it by about two hours! Despite the storm forecast, it was actually quite a lovely day.

I woke up early this morning in order to pack my bags and get some sightseeing in before having to leave for the airport. I originally was planning on visiting the Tower of London, but being a Sunday, it opened later in the morning. I was concerned about having enough time there, so I decided to just do a little sightseeing on my own.

I took the tube to Green Park and walked to Buckingham Palace. Up close, it is actually rather plain from the outside, but it is enormous. I got to see the guards marching around behind the fence. It was nice being out so early because there were hardly any other people around. It felt as if I had the city to myself for a while.

After taking some photos, I walked down The Mall and then by Horse Guards Parade. I saw one of the Horse Guards in his distinctive uniform, but felt a little creepy about just walking up to him and taking a picture since no one else was there. I continued down the street, passing by Downing Street, on my way to see Westminster Abbey and the Houses of Parliament. Apparently, you used to be able to go right up to 10 Downing Street and take pictures, but that is no longer allowed due to security reasons. After taking some photos of Westminster Abbey and Parliament, I realized it was about time to make my way back to the hotel and depart for the airport. I was really sad about having to leave but am very excited about coming back some day and seeing more of the lovely United Kingdom! 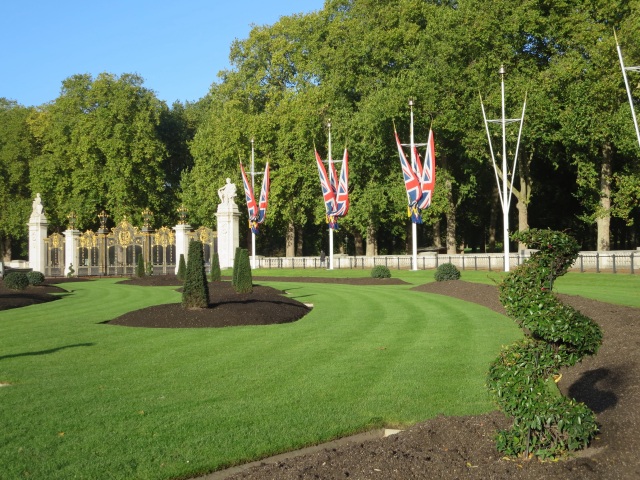 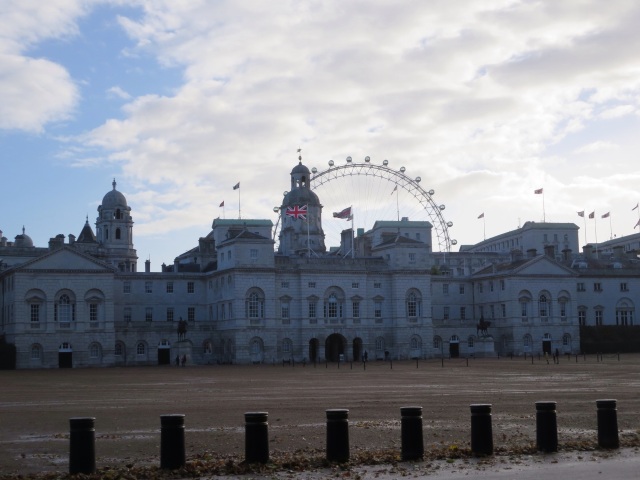